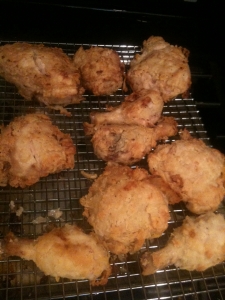 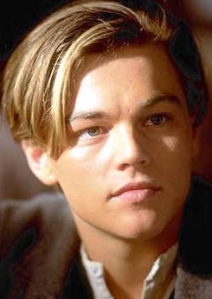 I believe strongly that I could eat anything if it was fried. After Titanic first came out in November of 1997 catapulting Leonardo DiCaprio to super stardom and teen heartthrob status, I was speaking with a sales guy from the now defunct magazine Teen People. Teen People put Leonardo DiCaprio on the cover for its debut issue in May of 1998 and immediately sold out at newsstand. I believe they even reprinted twice – unheard of for magazines even then. While the sales guy was happy to tell me that the magazine was amazing and far exceeded expectations, he was honest enough to tell me that at the time he could have put a picture of Leonardo DiCaprio on the back of a roach and sold it for $100.

I feel about fried food the way that teenagers felt about Leonardo DiCaprio as Jack in Titanic. And I totally understood his roach example. I hate bugs. All bugs. I even hate butterflies (let’s be honest, they’re really just dressed up moths) and I even hate Lady Bugs. I do not discriminate based on appearance. I just hate all bugs. BUT, I honestly believe that I could eat a roach…if I deep fried it. Seriously.

So the fact that I had never – until yesterday – made fried chicken, amazes me. There are some things about frying that make it a challenge…I live in a small apartment with a very sensitive smoke detector that screeches ‘There is a fire! There is a fire!’ when set off. My neighbors are somewhat used to this, but I don’t want to push it. And…the apartment sort of smells like fried after fying – go figure.

When I visit people with larger kitchens and a good cross draft, however, I try to fry at least one thing. Yesterday it was Ina Garten’s Oven-Fried Chicken. But, I must admit…not my best effort…

Here are the directions and my notes that might help should you give this recipe a go:

1. Place chicken pieces in a large bowl and pour 1 quart buttermilk over them. Cover with plastic wrap and refrigerate overnight.

NOTE: Ina uses two whole chickens each cut into 8 pieces. I bought 4 thighs, 4 legs and 2 breasts w/rib meat at the Kroger – not expensive and easier – I’m not a butcher!

NOTE: When I tasted the finished product, I thought this was too salty – which I NEVER say – and also I added a pinch of Paprika – because the Neelys add ‘pap-a-rika’ and I like the Neelys…I don’t like a lot of heat, but the pinch was just right for a little southern kick. I mean, it’s fried chicken!

4. Take the chicken out of the buttermilk and coat each piece thoroughly with the flour mixture.

5. Pour vegetable oil into a large heavy-bottomed stockpot to a depth of 1-inch and heat to 360 degrees F on a thermometer.

NOTE: you can use a pretty deep (3 inches or more) sauce pan safely.

6. Working in batches, carefully place several pieces of chicken in the oil and fry for about 3 minutes on each side until the coating is a light golden brown (it will continue to brown in the oven). Don’t crowd the pieces.

NOTE: Unless you are magic, you must have a thermometer. I tried to do it without a thermometer – using some evaluating temp techniques – and just ended up disappointed in the first batch of chicken I dropped into the oil as the oil wasn’t hot enough and the chicken didn’t crisp up in 3 minutes. It absorbed too much oil and lost some of the coating. I served it anyway…but it wasn’t as pretty and had a bit of a flour taste to it.7. Remove the chicken from the oil and place each piece on a metal baking rack set on a sheet pan.

8. Allow the oil to return to 360 degrees F before frying the next batch. Repeat until all of the chicken is browned on both sides

THIS is where my improvising totally failed…don’t tell my brother, but he didn’t have a sheet pan, so I used a wire rack on a cookie sheet and during the baking process of the preparation, the oil from the chicken ended up dripping all over the bottom of his oven…oops! I know, totally stupid. But it’s what happened.

All in all – much learned and I look forward to visiting a larger kitchen again so that I can get a second go at this recipe. And, while the 2012 domestic release of Titanic 3D only ‘met expectations’, I hope that my Ina Garten’s Oven-Fried Chicken reboot will far exceed! Because if I ever need to eat a roach, I want to make sure it’s fried to perfection.

1 thought on “Lessons Learned: Fry Failure and what kind of roach I would eat.”