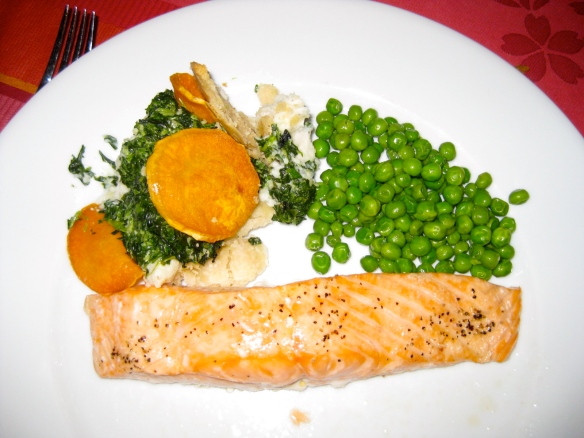 This week there have been reports that a good percentage – or bad depending upon how you think of it – of the fish we eat, isn’t what we think it is. In NYC up to 39% of the fish tested was fraudulently labeled. Sometimes the labeling was as quasi-harmless as ‘Wild Salmon’ vs the truth that it was actually farmed.

Other mislabeling, however, wasn’t so innocent. In certain cases, tilapia was sold as red snapper. And, in the worst or most dangerous of cases, fish labeled as ‘white tuna’ was actually escolar (what is escolar???) which can cause acute gastrointestinal problems (according to Oceana officials – I’m just guessing that this Oceana is not the same Oceana Airlines from LOST).

We, as New Yorkers, should consider ourselves lucky. In Los Angeles and Boston the percentages of mislabeled fish were much greater. Boston surprised me at 48%…I mean don’t they pride themselves on their seafood? And LA was well worse at 55% – but, really, should we be surprised?…I mean, I love LA and…there’s a ton of fake stuff in LA – ’nuff said.

And, enough about that. As far as I know, I made an easy baked salmon Sunday night for my pescatarian friends.

In an apartment kitchen, baking the salmon is a good idea for so many reasons:

So, simply baking it, is probably your best bet.

1. Buy what you think is salmon…About a 1 1/2 lb fillet for four people. Ask the ‘fish monger’ – or guy behind the counter at Whole Foods – to cut it into 4 equal pieces and to deskin it. This is called ‘deskinification’ – far as you know.

Actually, the NYC Whole Foods generally has pre-cut individual salmon fillets for $5.95 each.

2. Place the fillets in a pan and drizzle with a little extra virgin olive oil

Lined Up and Ready

3. Sprinkle on some salt and pepper

4. Bake in the oven for :15 minutes – or until you achieve the desired doneness. I’m not a big fan of rare salmon…and I generally err toward medium doneness

5. Remove from oven…Garnish with some lemon wedges and serve – maybe with peas and the vegetarian pie from yesterday’s post…

Peas – I always have frozen peas

I’m pretty sure what we ate was salmon…either way, it was simple and delicious and didn’t leave me with a fishy smelling apartment.

Plus, after a full day of Christmas Cookie baking (see tomorrow’s post) – and with the vegetarians coming over – simple was definitely the way to go.