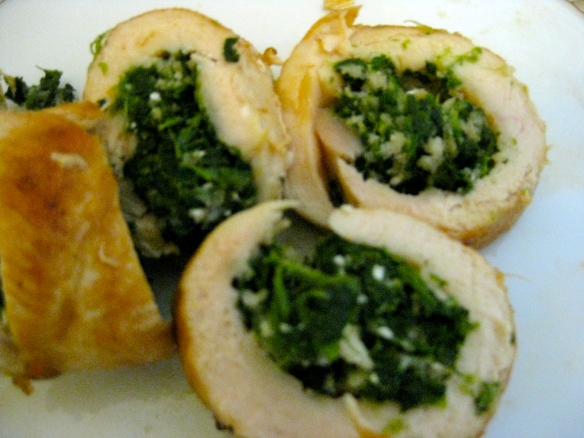 There’s a great scene in National Lampoon’s Vacation. Chevy Chase (Clark) and his fictional Wally-World-headed family get lost and end up driving through ‘The Hood.’ With the windows

wide open, and over the din of hooker cat calls and maybe even some jive from stereo-typical drug dealers and street pimps, he tells his family that being lost in such a neighborhood will make the Griswold’s appreciate what they have. Suddenly, through the cat calls from hookers on the street…there’s  a gun shot. Clark immediately urges his family to ‘roll ’em up’.

It’s important to know when to quit. When to call it a day. When the fat lady is singing. When the party’s over. When to ‘roll ’em up.’

I think we can all (sadly) agree that after about 2 minutes into the second quarter of last night’s BCS National Championship Game…It was time for Notre Dame to ‘roll ’em up’. I mean it was 21-zip. Even my cousin – the die-hardest of diehard Irish fans texted asking if there was a ‘mercy rule…or something.’ Brutal.

And so the 2012 season comes to a close. The Fighting Irish can head back to South Bend, a little battered, a lot bruised and, yes, without the title of National Champions. Time for them to roll ’em up and regroup for 2013.

As they rolled up their season, I rolled up some chicken.

Preheat the oven to 375 degrees

1. Using the flat side of a meat tenderizer, pound the chicken breasts out to about 1/4 inch thick. The best way I’ve found to do this is to sandwich the breasts between either two pieces of Saran Wrap or two pieces of parchment paper on a cutting board. Pound from the center and sort of push out at the end of each pound.

Don’t pound it too thin!

2. In a microwavable bowl, defrost the frozen spinach – remove from package and zap on high for 3 minutes….stir and zap another 2-3 mins

3. Squeeze the spinach to remove the excess water. I do use a kitchen towel for this and as long as you rinse the towel in cold water immediately after the squeeze process, the green ‘stain’ will come out easily in the wash

4. In a small fry pan, melt the butter over medium heat. Can you use oil instead of butter? No, it won’t brown the bread crumbs as nicely

6. Once toasted, add the bread crumbs to the spinach

7. Stir in the cottage cheese and parmesan cheese. Add about an 1/8 tsp of salt and pepper.

8. Place a heaping spoonful of the mixture into the bottom third of each chicken breast and carefully roll the breasts around the stuffing

9. Secure the rolls with a toothpick or two

11. Brown the stuffed rolled chicken breasts on all sides – about 2 mins per side

12. Transfer the browned, stuffed, rolled chicken breasts to a baking dish and put into the oven

14. Remove the toothpicks, slice and serve.

For the Fighting Irish 2012 was a pretty good season –  and in the spirit of Clark Griswold, I will appreciate what we had – a 12-0 regular season for the first time in forever. Even evil Brent Musberger admitted that Coach Kelly had returned the team to a position of leadership. Last night was tough times. And, there is no mercy rule in college football. In spite of being rolled over, Notre Dame didn’t roll ’em up until the very end. They even scored 14 points in the second half – a little pride saved.

It’s on to 2013 for the Irish. Until then, try rolling up some chicken.