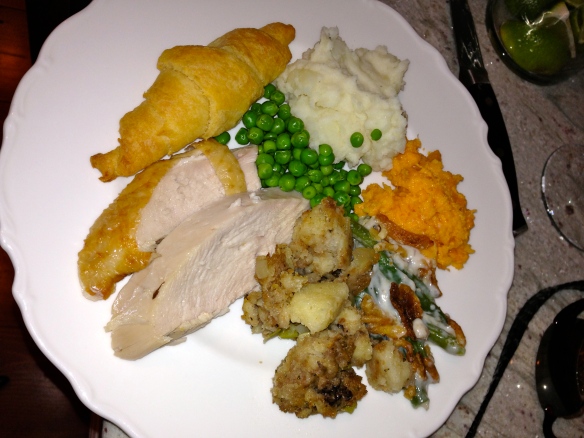 Everyone has a food or two that they just won’t eat. I, for example, do not eat raisins (yes, I eat grapes) or chopped coconut. Don’t get me wrong, I enjoy an occasional Pina Colada and am happy to drink coconut milk. I just can’t stand the texture of raisins or raw coconut – no macaroons for me.

Some time ago, I was dating someone who refused to eat mushrooms of any kind. Seriously? We were on the verge of spending Thanksgiving together and his aversion to mushrooms put me in quite a conundrum. I mean, I had been making the Turkey and Stuffing for Friends-Giving since I was in college and had really perfected it.

And part of that perfection is morel mushrooms, the bacon of the mushroom family, and a key ingredient in my Thanksgiving stuffing. I had a difficult decision to make….Eliminate the mushrooms? Make two separate batches of stuffing? Or, just don’t tell him and hope for the best.

Hmmmmm….This particular boyfriend had a career where knowing things and figuring things out were sort of important. Like part of his job and such.

What he might not have known is that Morels are prized by gourmet chefs around the world. In the US, they are known by many names including Hickory Chickens, Molly Moochers, Merkels and even Miracles. In our house growing up, we called them Bacon Mushrooms because of their smoky, rich flavor.

So, I couldn’t imagine Thanksgiving without morel mushrooms…I took the risk and I put them in and didn’t say anything. What? Like you’ve never done that?

1. The night or two nights before, cube the white and wheat bread. Put into a baking dish, cover with plastic wrap. Poke some holes in the wrap and set aside. This will stale up the bread a bit. You can also just toast the cubed bread in a single layer on a cookie sheet in the oven at 200 degrees for about 10 minutes to crust it up a bit.

Staling Up the Bread

2. Put the dried morel mushrooms in a medium bowl and cover with chicken stock to rehydrate – this takes about an hour or less. I usually buy Whole Foods 365 brand Chicken Stock – it’s not any more expensive and very good.

3. Preparation – so important. Dice the onions and celery and finely chop the rosemary leaves.

4. Remove the morels from the chicken stock and rinse gently to remove any residual dirt

5. Chop the morels into small pieces

6. In a large skillet over medium-low heat, melt two sticks of butter – I use salted and then I don’t need to add more salt later

7. Add the onions, stir for about 2 mins and then add celery and cook until softened – about :10 minutes. You want the celery to maintain some of its crunch.

Add onions about a minute or two before celery

8. Add the chopped rosemary and morel mushrooms and stir to combine

Add the rosemary and stir until fragrant

Gently stir in the Magic Morels – Tastes Like Bacon

9. Add salt and pepper to taste – if you use salted butter and/or chicken stock with sodium, be sparing in any addition of salt

11. In a large bowl, combine 1 bag of Pepperidge Farms Herbed Stuffing and the cubed, staled bread

Add moisture in stages – you don’t want it soggy

13. Gently fold together the ingredients until moistened and combined. You don’t want the mixture to be soggy…especially if you are going to stuff your bird. The stuffing will absorb the juices from the turkey during the roasting process

14. Allow to cool entirely before stuffing in the bird. You can choose not to stuff the bird…but will miss out on the flavorization that the turkey juices provides to the stuffing 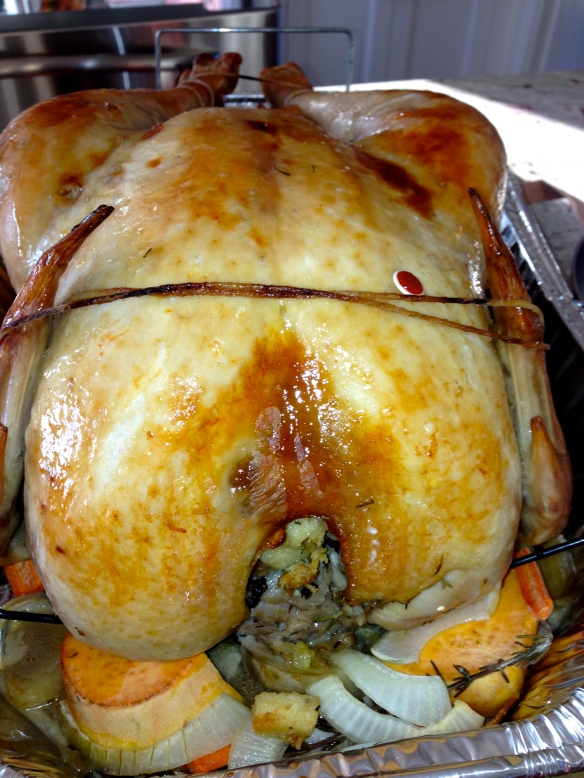 I stuff the top and bottom of the bird

15. Depending upon size of your bird, you will have extra stuffing. Put this extra in a baking dish and reheat prior to serving. You may need to add a little extra chicken stock to keep it moist and delicious. Remember anything not stuffed in the bird won’t benefit from the turkey juices.

Thanksgiving that year was a big success. The boyfriend ate the stuffing and never caught on to the secret mushrooms. I’m not saying lying is a good thing – it’s not. But, I just couldn’t give up my bacon-y morel mushrooms. Some secrets are worth keeping.