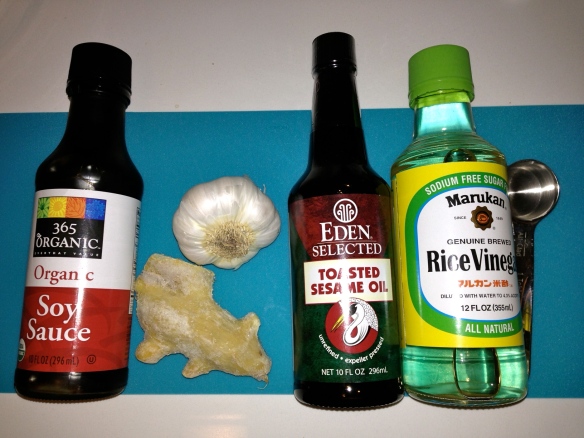 A good friend spent this past weekend in Vail – at this time of year some of the airlines fly directly from NYC to Vail – Puff Puff. Anyway, she texted me an overview of the scene at the airport: Moms and Dads on Blackberries, kids being tended to by nannies while waiting to board the plane. Yeah, it’s private school spring break in New York. Check your FaceBook or Instagram feed and you’ll see what I mean.

For six months a year, on Monday nights, I have book club (read: The Bachelor Watching). My hosts cook a lovely dinner, we catch up on life and then spend two hours soaking in The Most Dramatic Season Ever.

On one such recent Monday, this UWS couple admitted to me that they were the ‘worst parents ever’. Why? Well, because, GASP! Their son’s spring break was rapidly approaching and they had nothing planned for him. To make it worse, their son is, indeed, in private school and is sure to be the only five-year-old to return after the hiatus without tales of skiing, snorkeling, swimming with dolphins and all around hobnobbing with the rich and famous.

I tried to console them and ease their shame with the story of my own upbringing. OK…I went to private junior high school. There I said it. And, while other families were jetting off to Eleuthera (yes, I had to google the spelling on that) and Jackson Hole and Little Dix Bay, we stayed home. Sure, my mom might take us to the mall (aka The Stamford Town Center). But, for the most part, we spent the two weeks of vacation in the affordable comfort of our own home. And I turned out ok. (Zip it, this isn’t a question).

Staying home for spring break never bothered me. But there were other cost cutting measures that did make me feel different than my well-traveled classmates.

Growing up less fancy than some of my friends may be why I have always been a little prejudiced against cheaper meats…like pork: The Other White Meat.

Truth be told: I don’t like pork. Sure, I love bacon…but that’s not the pork I mean. I’ve never been a fan of the pork chop. It’s not the more interesting or expensive lamb chop. And, until three weeks ago I thought that I hated pork tenderloin…It’s not the fancy beef tenderloin after all.

But, at a recent ‘Book Club’ dinner, my gracious hosts prepared an amazing pork tenderloin that may, if you’re like me, change your mind about the other white meat.

1. Combine all ingredients in a bowl and whisk together creating an asian marinade

2. Unwrap the pork tenderloin and place in a ZipLoc baggie

3. Pour the marinade over the pork

4. Seal the bag and place the marinating pork into the fridge for at least 2 hours and up to 6 hours. I marinated about 5 hours…During the marinating process, flip the bag every hour or so to ensure the meat is evenly marinated. 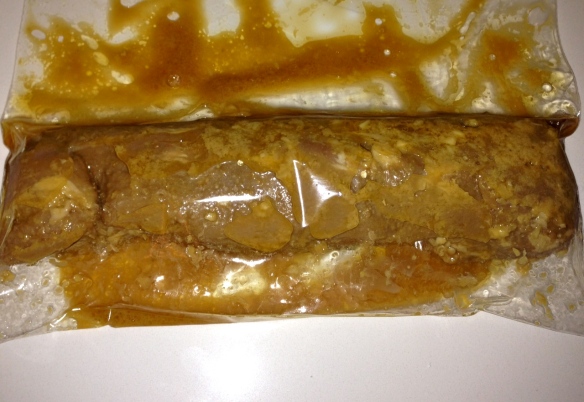 5. About :20 minutes before cooking, take the pork out of the fridge and temperate (bring to room temperature)

7. Place the pork tenderloin on a cookie sheet lined with Reynold’s Wrap and into the oven

9. Remove from the oven and place the pork on a cutting board and cover with tin foil

10. Allow the meat to rest for at least :10 minutes..the Pork will continue to cook during this resting period

I gotta tell you, I was a lot skeptical about pork tenderloin. I was even a little nervous when my hosts told me they were serving it for dinner. But this was really good.

I’m not going to try to convince you that staying in NYC for spring break is the same as skiing in Val D’Isere. And, a trip to the Stamford Town Center in March may not be exactly as fabulous as a sun-soaked villa in Nevis.

But, don’t be ashamed of The Other White Meat. When done well, the super-tender asian marinated pork tenderloin can be just as satisfying as other much more expensive competing meats. 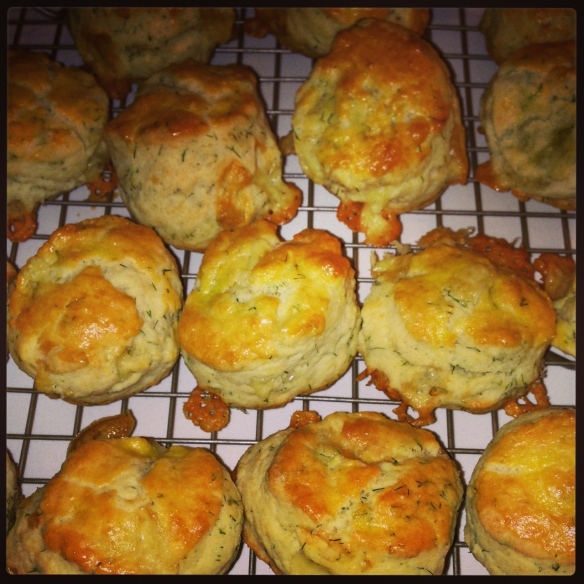 One of the things that drives me most crazy is the size of portions at restaurants. And, I’m not just talking about at The Cheesecake Factory. I’m not averse to the giant drinks at the bar there – but, that’s a different story.

The other night I was out to dinner at one of my fave Mexican restaurants in the West Village. I ordered the Baja (read ‘fried’) fish tacos. In a totally wrong way in my head, ordering the fish tacos vs the chicken chimichangas, would be ‘better’ for me. I realize that’s wrong.

When the tacos arrived, the plate – probably 10 inches in diameter – was completely covered. It was literally a portion that could serve a family of four if Melissa D’Arabian had anything to say about it. Seriously, there were no fewer than 8 big pieces of Baja fried fish smothered in tomatoes, onions, cilantro, topped with avocado slices and sitting atop 7, yes 7, soft tacos. Ridiculous. Delicious, but ridiculous.

It’s just too much. I mean, does the restaurant think that food for four should be served to just one? And, are they promoting eating that much just by serving it? Does the restaurant have a responsibility for controlling the portions they serve? I think so. And….Don’t get me started on giant sodas, because, sorry, I agree with the mayor here.

In a city where space is at a premium – and our kitchens are tiny – the giant restaurant portions amaze me.

My niece and nephew sent me a gift certificate to Sur La Table for Christmas. Whenever I shop for kitchen stuff, I have to take into account my tiny kitchen. I have to make choices – I want, but don’t need, another 6qt Le Creuset pot, another All-Clad grill pan, 7 more spatulas, the pasta attachment to my KitchenAid mixer, more wine glasses etc etc etc, ….And, I sort of do want a Scone cutter….But, where would I put any of these things?

Bottom line, is there isn’t room. And, a scone cutter, cuts out big scones. As the boss of my test kitchen, I have a responsibility to serve reasonably sized portions. So instead of a scone cutter, I bought a set of biscuit cutters. Better choice for a few reasons:

I’m a savory, not a sweet eater. I heart savory scones – rarely a breakfast entree like their sugary cousins, but rather a side dish, an accoutrement to the main course. So, why should we make giant ones?

Preheat the oven to 400 degrees

1. In the bowl of a KitchenAid mixer, combine 2 Cups of flour, the baking powder and salt

Use the Paddle Attachment – and just mix :05

2. Add the cold butter dices and mix on low until the butter is in pea sized pieces

3. In a separate bowl (or, I used a water glass, whatever works) mix together the eggs and heavy cream

4. Add the creamy-egg mix to the buttery flour mix and combine until just blended and a dough forms

5. In a separate bowl, toss the dill and cheddar dices with 1 TBSP of flour just to coat 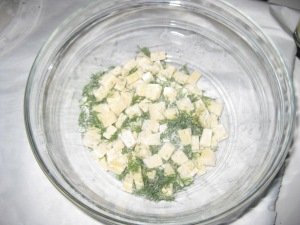 6. Add the coated cheddar and dill to the dough and mix to combine

7. Put the dough on a well-floured surface and knead for about a minute to get all of the cheddar dices and dill-iness well incorporated

8. Roll out the dough to about 1/4-1/2 inch thick – if you were making a traditional scone, you might want them thicker…but again, too much food!

9. Using the two inch biscuit cutter I just got from Sur La Table – cut into circles

11. Into the oven for :16-:18 mins if you used the 2 inch biscuit cutter, :20 – :25 mins if you used a traditional scone cutter. Just watch the scones – when the outside is browned and crusty and the inside is fully baked, they’re done

These scones are good. Like really good. And, my tiny apartment still smells a little like butter from the baking process. They are in no way low-cal….But, rather a more responsible way to give my guests a little savory delicious indulgence appropriately sized and served on the side.